A nice large house for rent in Dalmatinska, 350m2 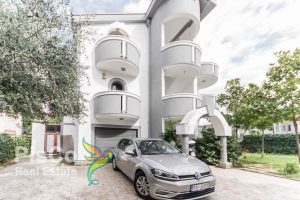 The house is located in Dalmatinska street, near the Lida market, at the very beginning of Block 9. Near the house you also have the shopping center ” Bazar ” as well as ” HDL Laković “, and at the same time in Block 9 you also have a lot of restaurants , cafes , bakeries , pharmacies , banks …

The square footage of the house is 350m2 , while the area of the plot is 500m2 , a very large and spacious house that consists of one floor located in the basement, more precisely below the house, and three standard floors that are similarly equipped and identical. The first level of the house is the basement, which has several entrances, one from the garage , one from the house itself, and one from the right side of the house. The basement has a room that is dried where you have a dryer and a washing machine, you also have one large room that is intended for an office but is available for all other combinations. 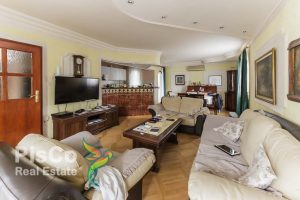 At the very entrance of the house you have a large hallway which takes you through the entire house at the very entrance on the right side large living room with a dining table and chairs, then there is also kitchen which has two entrances, one is from the hallway, one is from the living room, and there is one bedroom between the living room and the kitchen. From the entrance on the left are the stairs and the second bedroom which has a large double bed and an American wardrobe which is very nice and absolutely big so you can put all your things. Right next to that room is a smaller bathroom that is adequately equipped, and right next to one room and the bathroom is another room with a smaller bed and an American closet as well, and the first room has access to a smaller balcony. The second and third floors have the exact same arrangement of rooms as the first floor, which means they have the same kitchen, living room and bedroom. The third floor is only specific because it has a separate entrance, more precisely by stairs from the outside, but the layout of the rooms is the same as on the previous two floors. You have 7 air conditioners in the house, almost every room has an air conditioner, and the house also has a multi-split system , which is very useful. 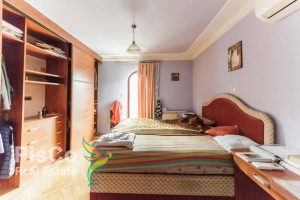 The house is rented for a minimum of one year at the request of the owner, it is mandatory to give a deposit equal to one month’s rent. If you liked this property, contact us for more information. [maxbutton id=”20″]

Penthouse 140m2 in the heart of Budva 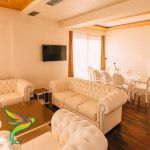 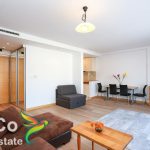